If you are planning to unlock bootloader on Xiaomi Smartphone that you own, then you are in the right place. In this article, we will guide you to unlock the bootloader of any Xiaomi device from the Note series to the Redmi series.

What is a Bootloader?

A bootloader in layman’s term is a software that runs before the phone starts up. It is the liaison between the phone and the hardware that tells the phone which programs to load. Hence, the bootloader starts the Android operating system when you press the power button on your phone. Due to the security of the bootloader, many manufacturers lock it so that no one breaches.

Bootloaders are locked to keep the security of the phone intact, and no other operating system can be loaded apart from the one that the manufacturer has shipped. When the bootloader is unlocked, then the user can install a custom recovery such as TWRP (widely used) that lets users to flash custom ROMs, mods, patches, kernels, etc.

Once you unlock bootloader on Xiaomi smartphone, then you can install an operating system of your choice such as LineageOS, Pixel Experience, Resurrection Remix, etc. that provide efficient performance and stability over the stock MIUI operating system provided by Xiaomi.

How To Unlock Bootloader on Xiaomi Smartphones?

Unlocking any Xiaomi device is the same and requires a computer that is mandatory in the unlocking process. Check out the prerequisites below before Unlocking your Xiaomi smartphone.

Step 1: Extract the MI Unlock Tool and the Drivers for Windows on your computer.

Step 2: Install the drivers on your computer. 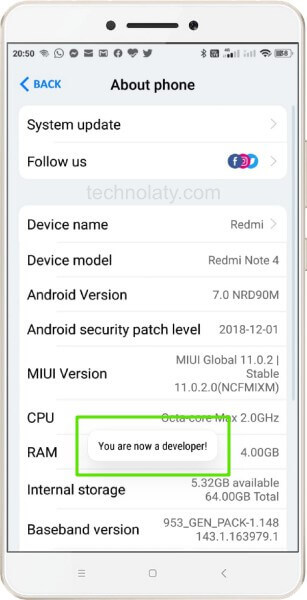 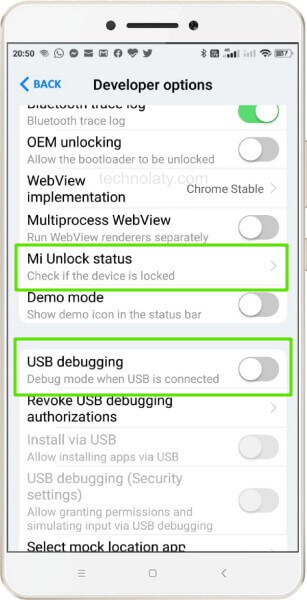 Step 4: On your computer, open/run miflash_unlock.exe from the extracted MI Unlock Tool folder.

Step 6: Turn off your device and press the Power button + Volume down button together for a few seconds until you see a bunny on the mobile screen.

Step 7: Now connect your device to your computer using the USB Data cable.

Step 8: Once your device is detected on the Mi Unlock Tool, click on Unlock and wait for the process to complete.

Congratulations! You have successfully unlocked the bootloader.

[box type=”info” align=”” class=”” width=””]On many Xiaomi devices the first unlocking request takes time from 3 days to 15 days depending upon the device model. You will be notified of the same on the Mi Unlock Tool interface.[/box]

The process to unlock bootloader on Xiaomi smartphone are the same and takes just 10 minutes. While a locked bootloader is secured and still lets you get the OTA updates provided by the company. However, we would suggest you to unlock the bootloader only if you are planning to install a custom ROM or root your device.

Close
We use cookies to ensure that we give you the best experience on our website. If you continue to use this site we will assume that you are happy with it.OkCookie Policy