Android 10 is the latest operating system for Android Smartphones; now you can upgrade Poco F1 to Android 10 by flashing Custom ROM based on AOSP and through the help of a custom recovery. Android 10 is one of the most stable and simplified version of Android over the years.

Warning! Unlocking bootloader, flashing custom ROM, rooting etc. might void the warranty of the device. You are solely responsible for any loss or damage to your product. We collect information from the internet and share it.

You can caption media playing on your phone automatically with a tap of a button. Now it is going to be much easier to understand a foreign language that is being played on your Poco F1 through videos, podcasts and audio messages. The live caption will automatically show on the screen when a media is being played, even your own recorded stuff.

With the AI taking over these days, the smart reply will help you to reply more conveniently to your sender. For example, when a friend or a colleague asks you out for a movie, then your phone will suggest you reply with a “??”. You can even navigate to Google Maps right away and set an event from the heads up bar.

This new application can boost the surround sound and filter the background noise and tune it for your best experience. When you are in a classroom attending a lecture or in a meeting, you can plug in your headphones and listen to the particular object more clearly. You can even download it for non-Android 10 based smartphones as well from Google Play Store.

Gesture Navigation is already present on many other ROM’s for Poco F1, and in particular, we can see that the Pixel Experience Custom ROM has better gesture navigation. Now it will be integrated to all Android 10 based ROM’s which would be more intuitive. You can navigate the backwards and forwards, pull up the home screen and swipe up to see your open apps more smoothly.

This is the most awaited feature among Android Smartphone users who wants to utilise the AMOLED screen in dark mode to save the battery. But as Poco F1 doesn’t have an AMOLED screen, it would be still perfect for trying the new dark theme to ease your eyes while using it at night. The dark item comes for Google apps like Calendar, Photos and also for Gmail(coming soon).

Taking about security and privacy, Google has always kept these two things on its priority lists. With Android 10 now, you can control the privacy of yours in new, smarter ways.

All the privacy settings options come under one hood now. You can decide to store the web and app activity data for how long and allow apps to use the location while you are using it, and it won’t run in the background anymore. The best thing that comes with Android 10 is you can opt-out of ad retargeting and personalisation. 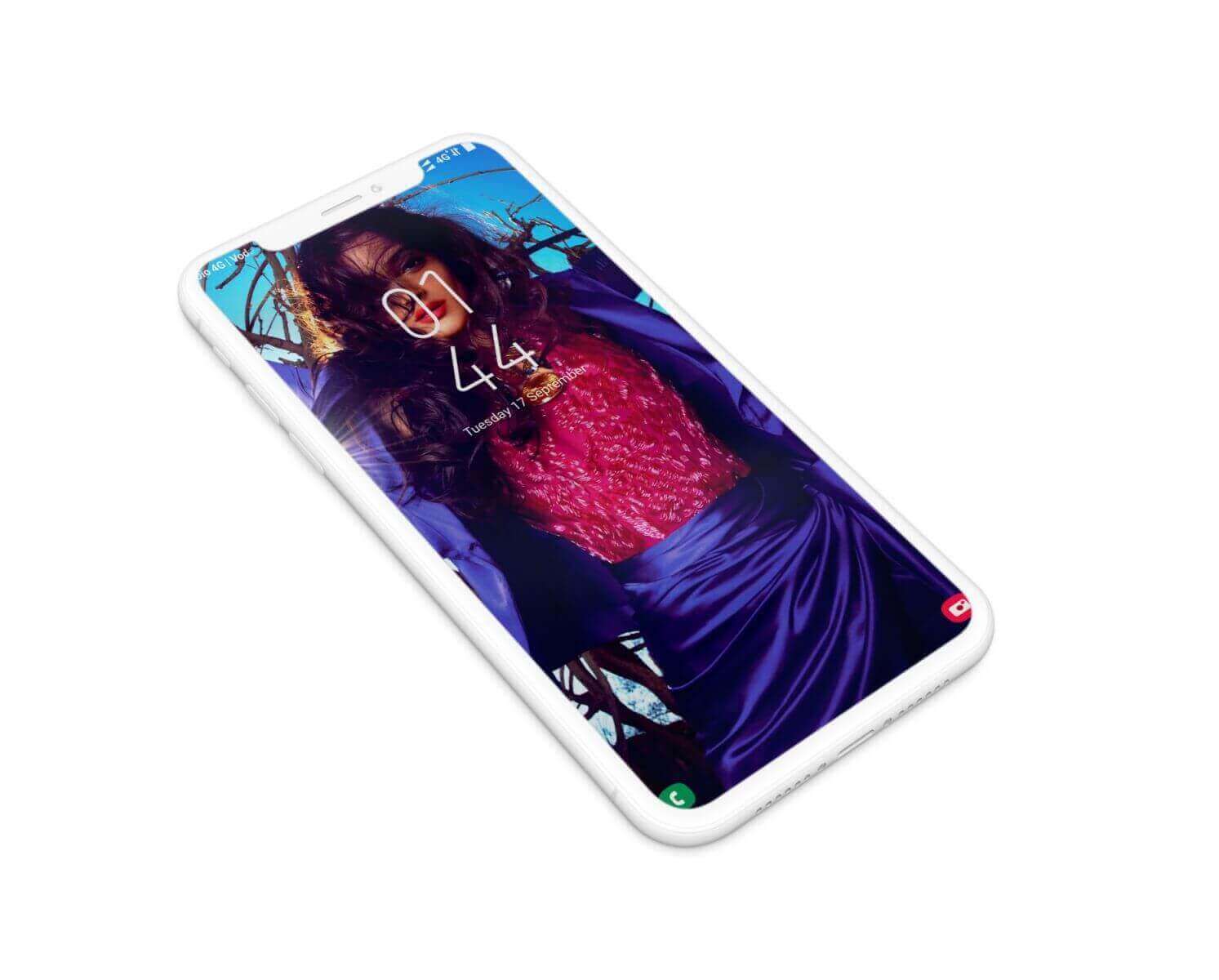 Remember to have your bootloader unlocked before you try to update your Poco F1 to Android 10 based custom ROM’s. Make sure you have the latest TWRP installed or else your device might get bricked. All the ROM’s mentioned below are under the BETA phase, which means there may be bugs present. You can report it to the respective developers with a log cat.

Pixel Experience is an AOSP based ROM, with Google apps included and all Pixel applications such as the launcher, wallpapers, icons, fonts, boot animation etc.

The developer of the ROM is jhenrique09 who has mentioned the known bugs of SELinux to be permissive. WiFi display not working which means you can cast your screen to your TV using WiFi. You need to select the network manually. All these bugs are to be fixed soon over the next updates, so please be patient. You do not need to flash any Gapps as Pixel Experience already comes with pre-installed Google Apps.

Download Pixel Experience based on Android 10 For Poco F1

ArrowOS is an AOSP/CAF based project started with the aim of keeping things simple, clean and neat. The ROM is in the official BETA phase, and the developer is kubersharma.

The ROM being new has few bugs like encryption doesn’t, dual VOLTE standby doesn’t work, the SElinux is not permissive. These bugs are minor and can be ignored with the fact that they will be fixed shortly. Also remember, that the backup tool is not added yet which means you will have to update GApps package every time. 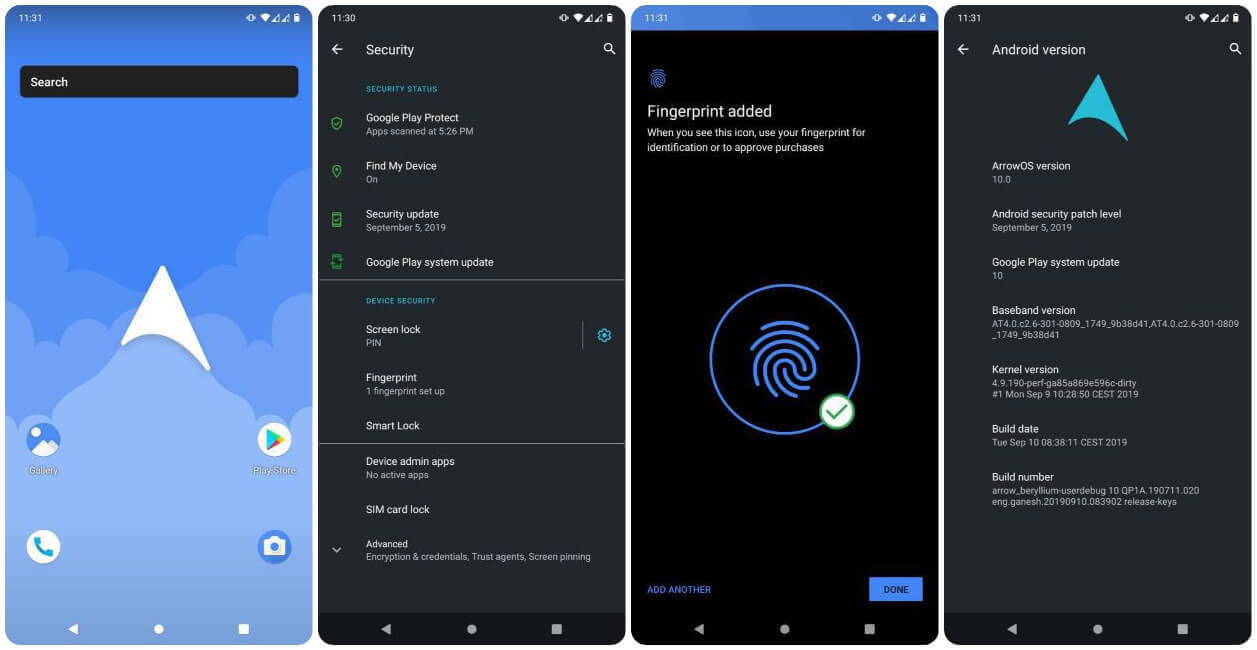 Potato Open Sauce Project is a butter-smooth Android aftermarket firmware. The best features are cherry-picked by the maintainers of this ROM to make it one of the lightest yet user-friendly. The main aim of the developers of this ROM is to deliver an experience with original ideas and features along with useful things the community is entitled to.

The ROM is in Alpha 1 Beta Phase, and the ROM maintainer is Agent_fabulous where he has mentioned that the encryption is not working at the moment. Few people are complaining about the Fingerprint bug, but it will be fixed soon. Also, SElinux is permissive at the moment. 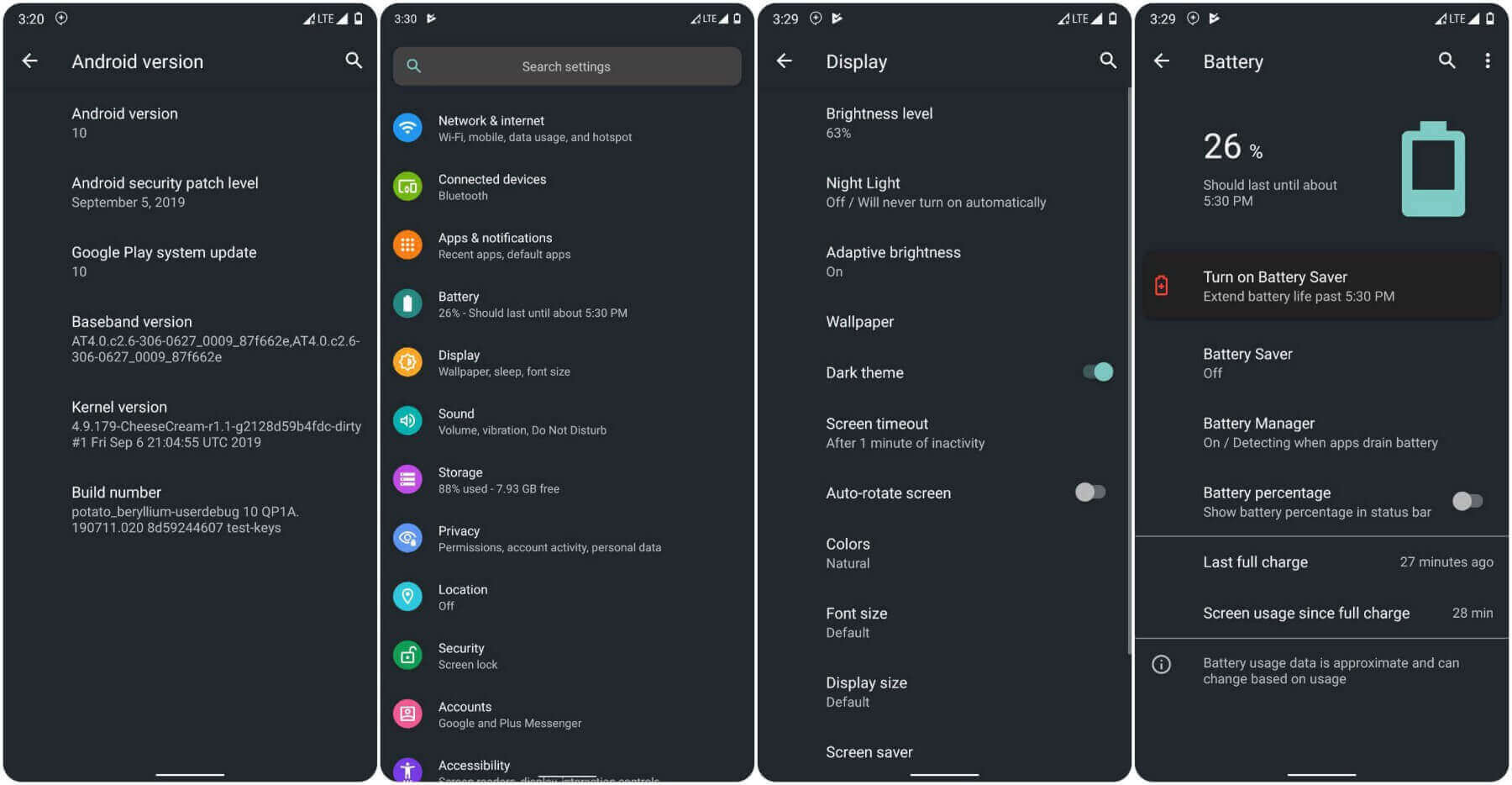 Cosmic-OS is a Custom ROM based on Android Open Source Project (AOSP) with additional features, performance and battery life improvements. This is the latest addition to the Android 10 custom ROM for Poco F1 which can be flashed without the requirement of flashing the vendor-firmware first. As the ROM is just released, the present bugs are SElinux permissive, no Magisk and -Swipe gestures are missing (could be resolved by installing a patched launcher). 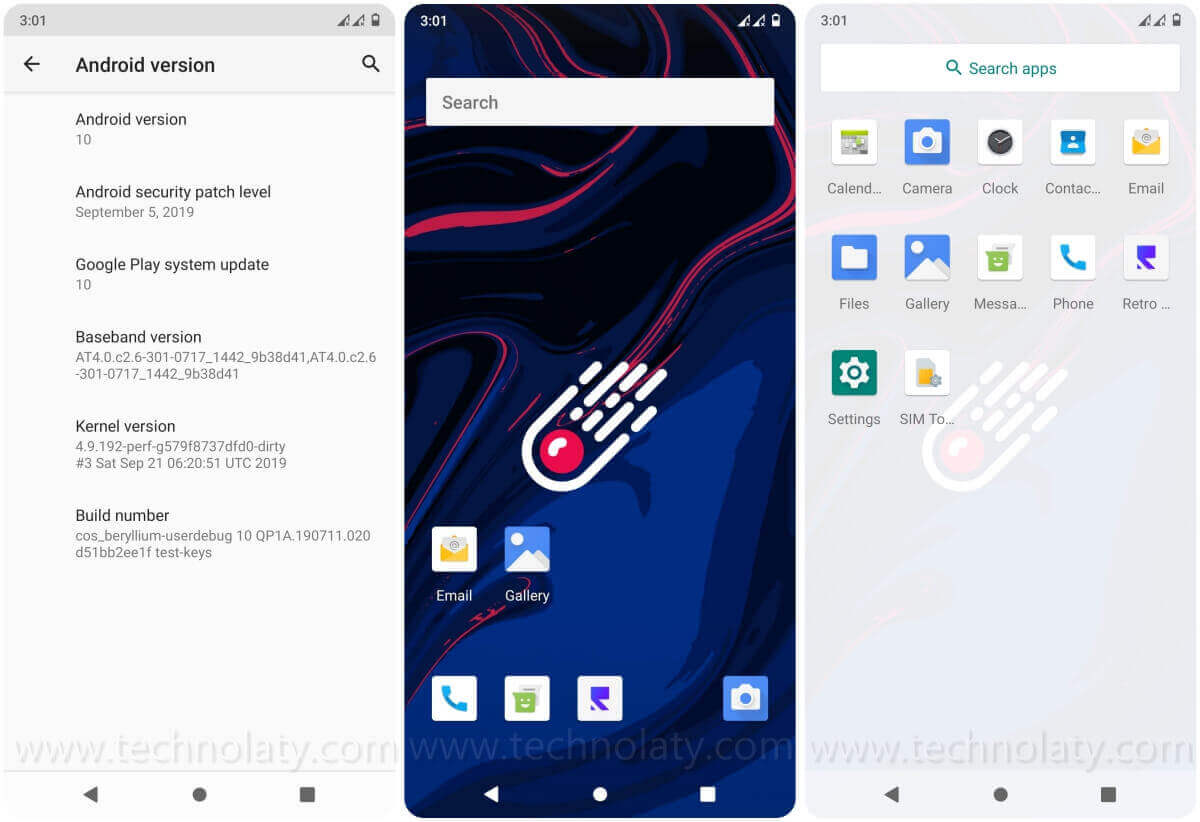 AOSiP is based on Google’s AOSP sources since Android 6.0 release. The custom ROM is built with lots of latest features, kept simple and stability has been the priority held on the mind by the developers.

As the ROM is new you might be facing a few minor bugs like the battery percentage on the status bar hides other items due to the notch (you can flash the notch fix). GApps are included along with Google dialer and messages. Designed to increase the performance and reliability of Android over the stock version. CrDroid brings the best features and mods an Android device should have. One of my personal favourite ROM for Poco F1 as I get rich gaming experience.

Evolution X is based on the Android Open Source Project, which includes Google apps such as the Pixel Launcher, Icons, Wallpapers, Fonts, Ringtones, etc. I mix of brilliant customisation features, and a handful of modifications are added to make it one of the smoothest custom ROM to Upgrade Poco F1 To Android 10. 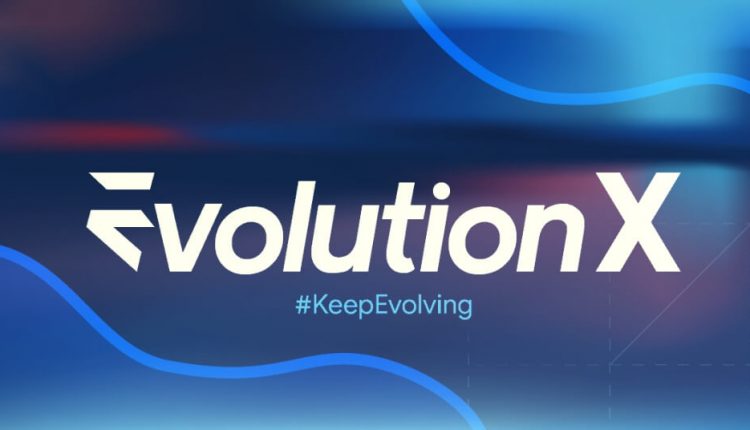 The current bugs present are CTSprofile being false; you can flash the Magisk module to fix it. Casting on Television or any other screen is not working at the moment. Also Chrome freezes frequently, you can try Chrome Beta for a temporary fix. We hope that the bugs will be fixed in the future as this is just the initial release based on Android 10.

LineageOS is a community built custom ROM with the distribution of Android 10 source codes. The developers have designed the ROM to increase the performance and stability over Stock Android. LineageOS is the simplest and lightweight ROM which many other developers use it as a base for their Custom ROM’s.

This is still an unofficial build of LineageOS 17 by DeHuMaNiZeD on XDA with built-in Illusion Kernel where Live Display and SELinux is permissive. You will require to flash Gapps along with it and if required you can flash Magisk Canary for root privileges.

Nitrogen OS is based on AOSP, which is similar to LineageOS. It is light and known for its simplicity with a house of modifications. You need to flash Gapps along with the ROM for a smooth operation.

The ROM is smooth and fast with a certain battery percentage. It also has status bar customisation options like QS Tile, Network Speed and few other tweaks. The disadvantage of this ROM is the launcher is ugly, where squared icons are put inside a round white circle, this can be fixed with a third-party launcher like Nova or Poco Launcher. On the lock-screen, the status bar items shift down, which should not.

We believe that these are minor bugs which do not hamper the day to day work on your smartphone and will be fixed in the future updates.

A stable and bug-free custom ROM based on Android 10 for Poco F1 that has tonnes of customizations and modifications implemented. The best thing about this ROM is that GApps is pre-installed and you don’t need to struggle to find the perfect one for it.

Atom-OS is based on Android Open Source Project where everything is working except the video recording which will be fixed for sure in the next update, to work around with it, you can install GCam on it and enjoy Android 10 on Poco F1. 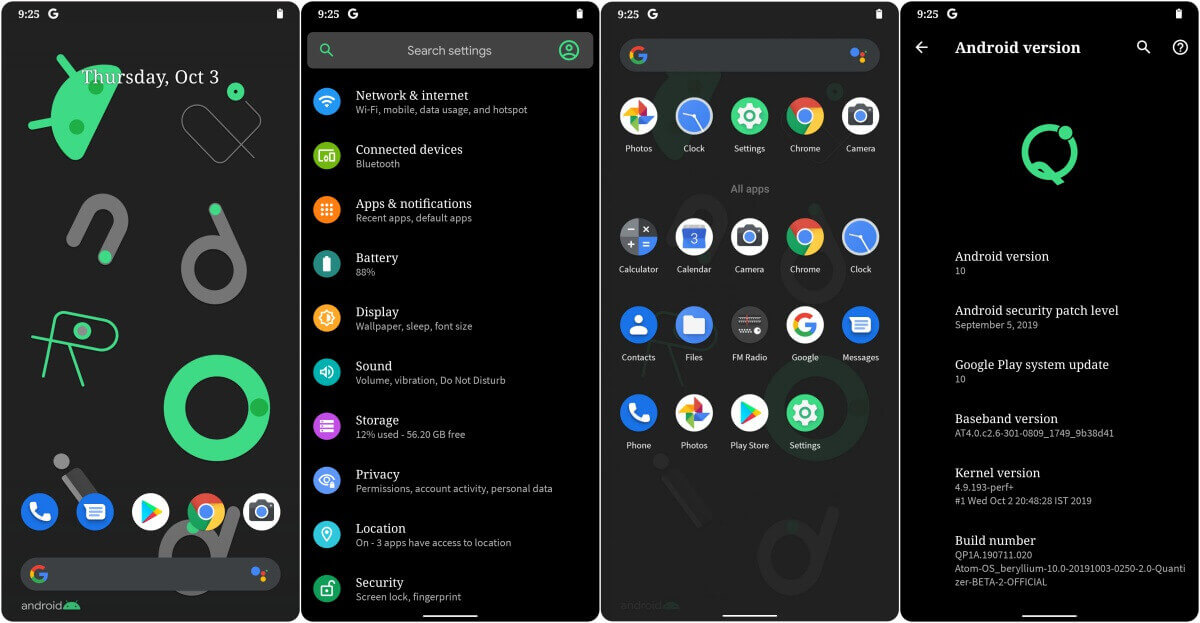 Based on AOSP and GZOSP the developers of MSM Xtended have built this ROM with perfection and blended it with all the available features, tweaks, mods and stability from various other ROMS for better and rich user experience.

Flashing this ROM is easy and also Magisk V20.0 is working flawlessly. Flash the ROM along with the GApps and then after first boot flash Magisk for the smooth and error-free experience. 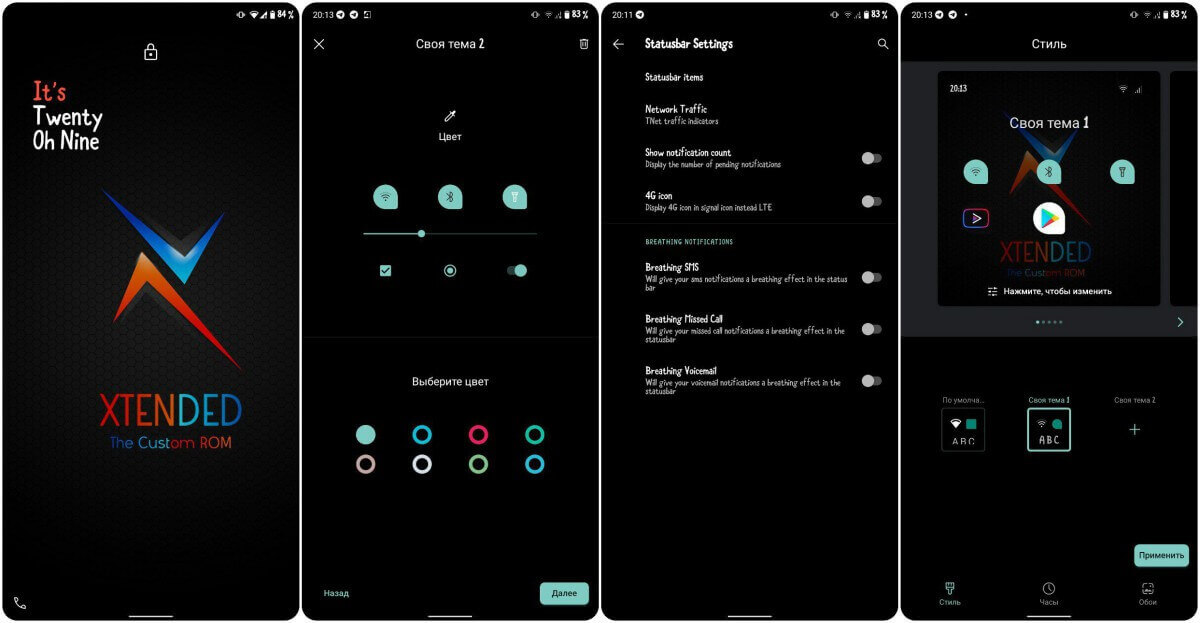 NOTE: If you are planning to upgrade Poco F1 To Android 10 then you should flash Magisk v20.0 or above and do not flash any custom Kernel until further notice. This might break the custom ROM or might lead to other bugs which the developer will not be able to figure out. You are also advised to send a Logcat to the developer of the ROM if you face any bug.

Once you download the custom ROM and the GApps, please make sure of the following things:

Many Poco F1 users are facing problems with Airtel Volte running on Android 10. Here is a fix to enable Volte on Airtel for such users: