The budget-friendly phone by Xiaomi has again hit the market and is getting lots of praisings with its Mi 8 Lite. If you have already performed the Xiaomi Mi 8 Lite TWRP installation, then you’re eligible to install custom ROM’s of your choice.

Many of us do not like the MIUI stock ROM that has started delivering advertisements that we cannot stop from displaying. We all want to install custom ROM’s that are more user-friendly, gives better performance with battery backup, and is stable. 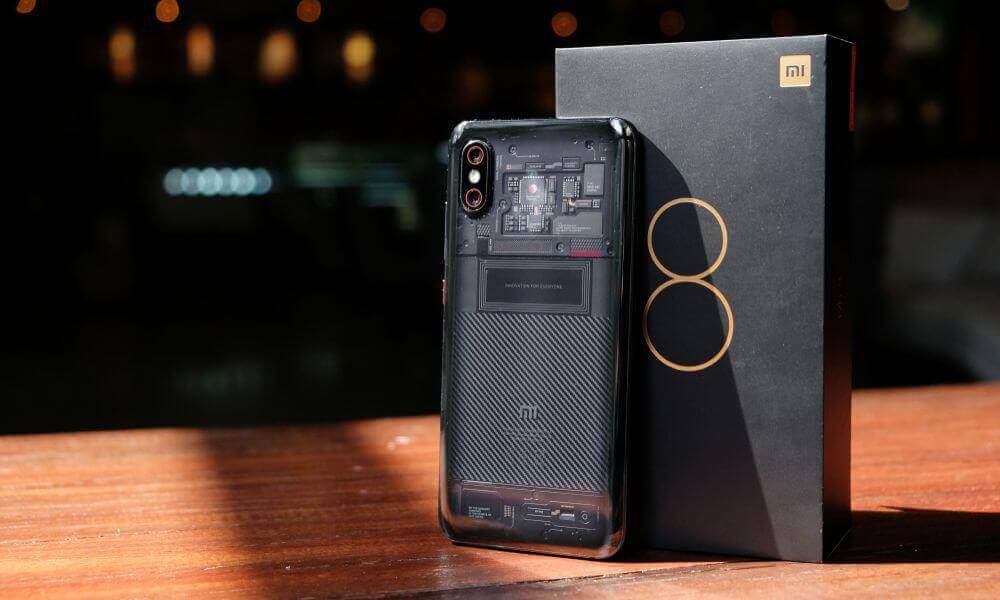 In this article, we will be showcasing the top 10 Mi 8 Lite Custom ROM’s running on Android 9 Pie along with each ROM’s in-depth review.

The king of all custom ROMs these days is the Pixel Experience straight from the Google Pixel device, which has ported for Mi 8 Lite giving the best performance and stability. Most of the Mi 8 Lite Custom ROMs are based on AOSP, and this one if the king, which provides better battery backup on moderate usage. You can customize the status bar, navigation bar and also change the edge gestures like One Plus devices on your Mi 8 Lite. The MIUI camera is replaced with Gcam in this ROM along with ARStickers and Playground integrated.

The ROM is now officially managed under the Pixel team, and they have released the CAF version so far. No need to flash Gapps, flash the ROM, and enjoy.

When it comes to customizations, then Havoc OS is the one who beats all other ROM’s. Havoc OS for Mi 8 Lite is based on Lineage OS with many new features and system tweaks. With the system-wide rounded user interface and spectrum support, the ROM is meant for beginners as well as advanced users. You will also find other tweaks like status bar, “OmniSwitch,” and “Slim Recent” options for multi-tasking. 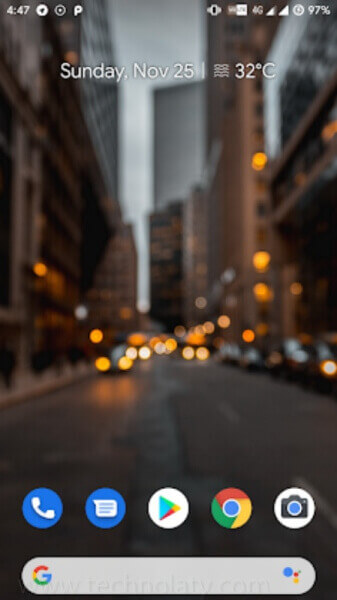 The ROM is officially supported, and you can join their Telegram channel for more updates.

Download Havoc OS for Mi 8 Lite. (Flash Gapps along with it).

A key to performance, massive customizations, better battery backup, and implemented with most new features. The Resurrection Remix ROM is based on a combination with Lineage OS, Omni ROM, Slim ROM, and original Remix ROM build. All the mods that were presented separately are now included in this ROM, which makes it the best ROM for Mi 8 Lite.

The ROM is official, and the support is going very well. Weekly updates are there as of now, and if you want to request a feature to be added, then contact them through their social networks.

Download Resurrection Remix V7 for Mi 8 Lite. (Flash Gapps along with it).

Most of the Custom ROMs are based on Lineage OS due to its simplicity and not many customizations, which makes this best among all the Mi 8 Lite Custom ROMs. You can customize the UI according to your wish with 3rd party apps and kernel editor. Lineage OS is free, and with the contributions over the years by the developers and the users have made this one of the most used ROM, among others.

Lineage OS for Mi 8 Lite has got many previous bug fixes like the notch gap, SELinux enforcing, camera2 API enabled with a patch for front camera lib. Everything works smoothly, and the battery backup is decent with the stock kernel. Flash the ROM along with the GApps of your choice, and if you want to root your device, then reboot once then flash Magisk.

Based on AOSP and running Android 9 Pie, Superior OS comes with some minimal features to fulfill the user’s demands nowadays. This ROM is for those users who want limited features like LineageOS but with little bit more customizations. You will require MIUI 10.3.2 Global Stable ROM installed before installing this ROM. 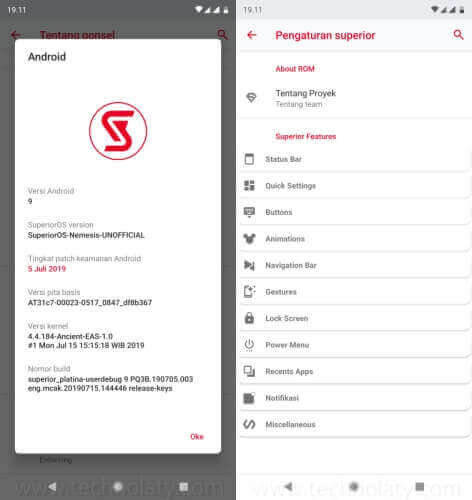 The ROM is official, and you can get support and updates through their Telegram Channel.

As the name suggests, AOSP Extended is one of the ROM which provides stock UI experience and customizations. The developers of this ROM have added a lot of features from various other open-source projects while keeping the ROM as simple as it sounds.

The official AOSP Extended team maintains the ROM and Gapps needs to be flashed along with the ROM.

Mokee OS is based on Android’s AOSP, which was started by the Chinese developer, but as the community grew, the development got more stable. The ROM has lots of customizations and system tweaks, and the growth is official as of now, where you get nightly updates. Battery backup has always been better in all Mokee ROM’s and on Mi 8 Lite users have not complained about it.

Download Mokee for Mi 8 Lite. (Flash Gapps along with it).

Many say it is ONE UI replacement ROM, but Descendant ROM aims to add useful features over Google’s AOSP. Not much of customizations and fanciness, this ROM is pure AOSP with unique tweaks to make the ROM more stable and bug-free. 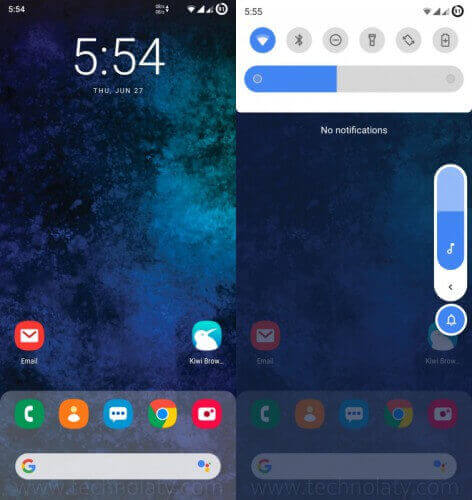 The ROM is official, and you need to flash GApps along with it. If you want root access with uninterrupted experience, then please reboot once after you install the ROM and then flash Magisk.

Android Open Source illusion Project or AOSiP is a ROM based on Google AOSP twisted and blended with the latest features and stability. Based on ALS and running on Lyra Kernel makes this ROM best for Mi 8 Lite, going through the user’s feedback, this ROM is perfect after Pixel Experience and Lineage OS.

The ROM is maintained officially with frequent security updates and patches integrated. Flash Pico Gapps with this ROM.

Ported from Oneplus 6, this Mi 8 Lite Custom ROM is favorite among ROM testers due to its performance and stability. The ROM is a native operating system of Oneplus devices which has been ported for Mi 8 Lite, and it is working well on it.

Oxygen OS is best known for the RAM management, which gives better performance while multi-tasking, you get gaming mode, which doesn’t hamper your entertainment. Smooth edge gestures for going back and forth is what everyone likes nowadays, which we even find it on MIUI.

To install Oxygen OS on Mi 8 Lite, you need to follow these steps:

If you are willing to make out most from your Xiaomi Mi 8 Lite smartphone, then you may flash a custom Kernel along with any of the ROMs mentioned above. You can even control the CPU power and get maximum battery life and gaming performance with a little tweak. There has been a new development of custom ROMS based on Android 10, which you might want to consider as well.