Realme 5 Pro kernel source codes were just released, and TWRP has been ported for the device. Now we have custom ROM for Realme 5 Pro as well under development and ready to use. Once you have unlocked the bootloader of the device and installed the custom recovery, you are all set to flash custom ROMs and Kernels.

With such a quick response on development on XDA for Realme 5 Pro, we can assume that many custom ROMs will be ported for the device in no time. As of now, we have a few custom ROMs available for use, and as they are the initial releases, they might be having minor bugs. So please have patience and bear with us and report the bugs to the respective developers for a smooth and stable custom ROM.

Flashing custom ROMs requires a custom recovery like TWRP and bootloader has to be unlocked before it. If you haven’t already unlocked the bootloader, then follow this guide and apply for bootloader unlocking request officially which will take 5-10 minutes only.

Lineage OS is the king of all custom ROMs available in the Android market. Most of the other ROMs take Lineage OS as their base ROM and modify it. This ROM is built with the help of the community where the firmware distribution of Android Pie 9.0 is designed to increase the performance and stability of the operating system for your device, giving a pure stock experience.

Lineage OS is based on AOSP where many users and developers are committed to the community and help to grow every day, making it one of the best and reliable custom ROM. It can be used without the core Google applications, also known as GApps.

This is the initial build where you may find bugs like Selinux being permissive while RIL, fingerprint, WiFi, Bluetooth, Cameras, Audio, Flash, GPS, VoLTE are working fine. 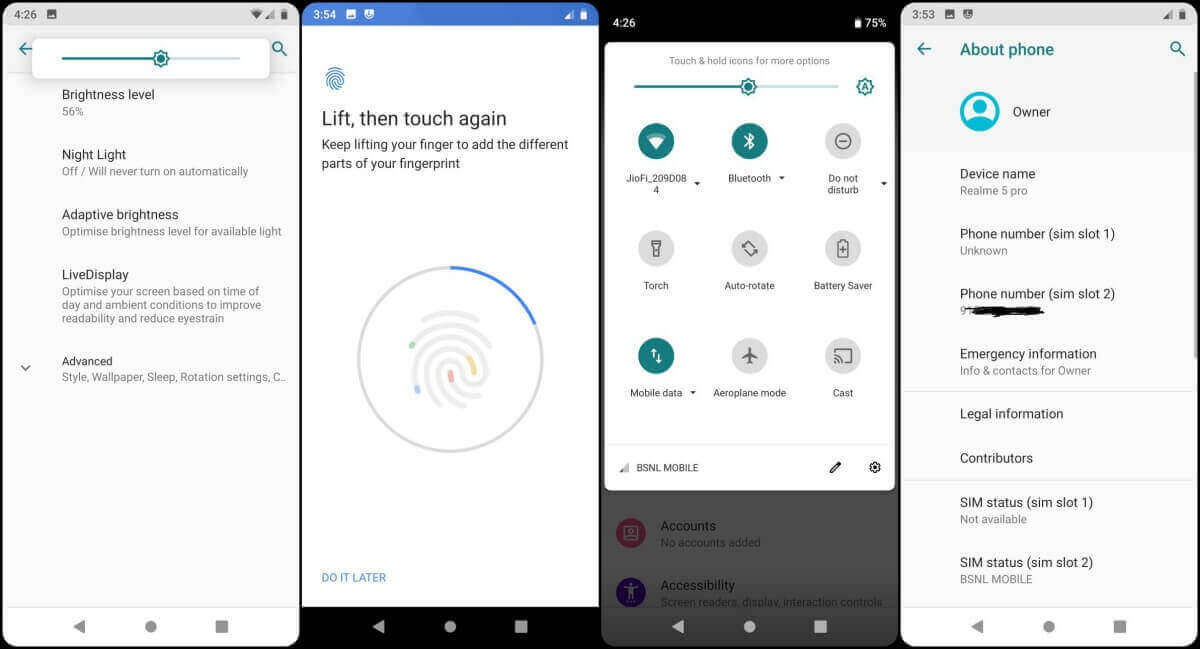 To flash this ROM, you must download the latest build, reboot to TWRP and wipe Data, Cache, System and do not wipe the Vendor.

Download LineageOS 16.0 for Realme 5 Pro along with GApps (choose ARM64 pico or nano)

Evolution X is based on AOSP ROM running on Android Pie 9 that follows the footprint of Google Pixel and has the same pixel goodies like the pixel launcher, wallpapers, icons, ringtones, fonts and much more. There are lots of customization such as changing the clock settings (fonts and colours), playing with the quick settings where you can change the title and colour of the tiles.

Talking about UI customization, you get an ambient display with music ticker and visualization options. The wallpapers can change the background colour to dark automatically. All the finger gestures and music controls for buttons are present. GApps is included in this custom ROM for Realme 5 Pro.

Resurrection Remix ROM is based on AOSP, which aims to make the Android experience more elegant. A handful of features are packed beautifully in one OS with lots of customization options.

This ROM is a GSI build, which means you should not wipe the vendor at any cost and do not use any modified vendor. Flashing this ROM is easy, you must reboot to TWRP and wipe Data, Dalvik, Cache and System and not the vendor. If you had Magisk installed previously then uninstall it using the Magisk uninstaller zip file in TWRP first. Go back to Install and select the install image and select the ROM which you have download and flash it. Reboot to the system and perform a factory reset for smoother operation. 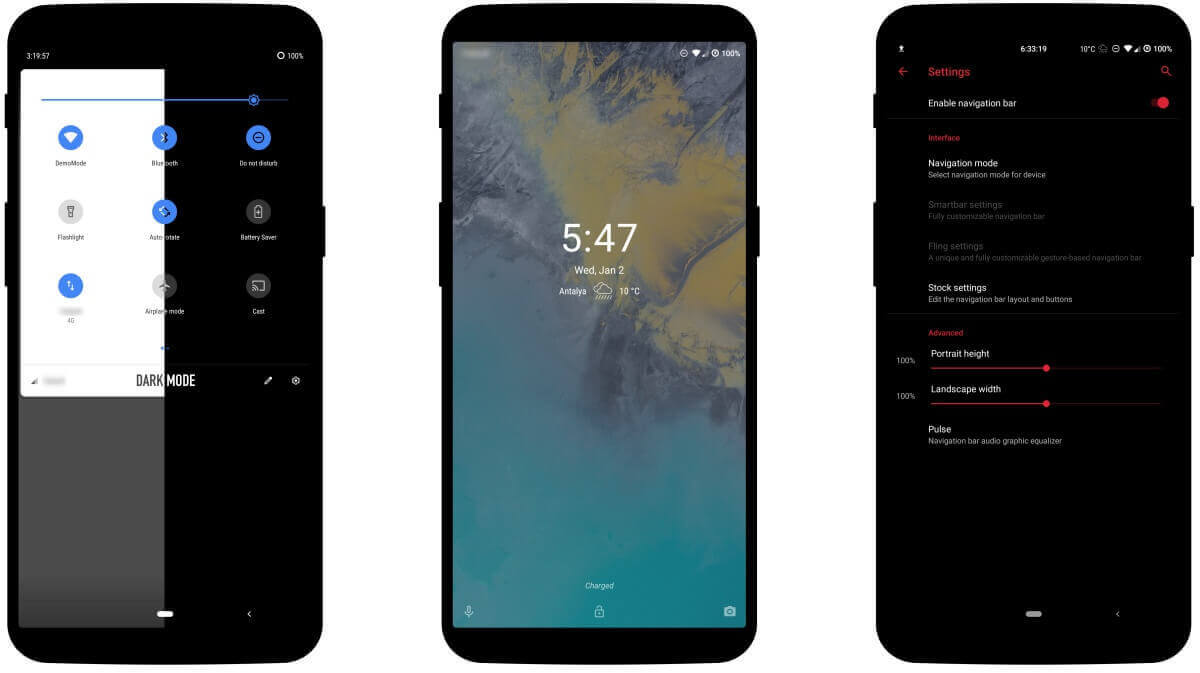 The base ROM is GZOSP which is based on AOSP and has features from many custom ROMS with quality and performance on top priority. The developers have added many elements of different ROMS for a better user experience. The battery backup on MSM-Xtended is good and installing this ROM will enhance the experience of gaming on Realme 5 Pro.

Flashing this ROM is similar to what we have told above for Resurrection Remix. Follow the same procedure and flash it.

Pixel Experience is based on the Android Open Source Project, which has Google applications pre-installed such as the Pixel Launcher, Wallpapers, Icons, Fonts, Ringtones, Boot Animation etc. The main aim of the developers of this ROM is to provide stability and security to the maximum point and include useful and needed features for the smooth functioning of the device.

The developers of crDroid have worked over the years and have designed the ROM to increase the performance and reliability from stock ROM. CrDroid ROMs are best known for smooth gaming which gives a luxurious experience to the user. There are lots of modifications and tweaks followed up and implemented to the new crDroid every time it is released with the latest Android version.

One of the best ROM based on AOSP, which provides the stock user interface and the customizations on this ROM offers a smooth experience. The developers have collected used customizations and mods from various other open-source projects and made it a powerful yet straightforward ROM for users.

AOSP Extended developers regularly update their list and aim to provide all the available features to their ROM. Most importantly, they add more tweaks and features that a regular user needs to operate their Android device.

Oxegen OS is the native custom ROM of Oneplus devices. This ROM is basically for those users who want lots of customizations and performance. Over the years, Oneplus has polished its operating system a lot, and that is one of the main reasons why users love Oxygen OS so much.

Oxygen OS gives a pure stock Android experience with lots of mods and tweaks implemented. The ROM provides a good battery backup throughout the day over moderate usage. Oxygen OS for Realme 5 Pro will be one of the smoothest ROM once any developer ports it.

ArrowOS is based on the Android Open Source Project, which was started to keep the ROM simple, neat and clean. The developers have added most of the day-to-day features and customizations keeping in mind about the security and stability which is why you won’t find any bloatware other than the universal apps required to run a smooth operating system for Android.

AOSiP, as the name suggests, is based on AOSP which is one of the best custom ROM for Realme 5 Pro so far that is providing excellent performance and a long battery backup. The ROM is almost perfect and free from any known bugs as of now and can be used as the daily driver for Realme 5 Pro. You can flash it along with GApps and Magisk.

Bootleggers ROM is based on AOSP which is an aftermarket firmware with some patches and bug fixes from LineageOS custom ROM and other different projects. The custom ROM has many features and customizations which are useful for a general user and want to bring out more from their device.

The ROM is almost stable and is packed with custom wallpapers, font, ringtones, themes, etc. that can give an elegant look and a new user interface to your Realme 5 Pro. Flash the ROM along with GApps through TWRP recovery.

One of the smoothest ROM which is inspired by the Google Pixel and is based on AOSP that gives a real feel of using a Pixel device. There are tonnes of customizations options that are not present on the Pixel Experience ROM or any other AOSP based custom ROM. You can flash this custom ROM for Realme 5 Pro along with GApps of Pico, Nano or Micro variant.