How To Unlock The Bootloader of Realme 6 Officially

Realme released its pocket-friendly smartphone Realme 6 a couple of months back, which has some promising hardware specifications. The company has released the kernel source code, and now you can unlock the bootloader of Realme 6 officially.

In general, all the Realme devices bootloader is locked. To unlock the bootloader, you need a signed apk for the device from the company. The unlocking tool is named deep-testing, which varies from device-to-device as the apk is approved for the particular codename of the mobile. 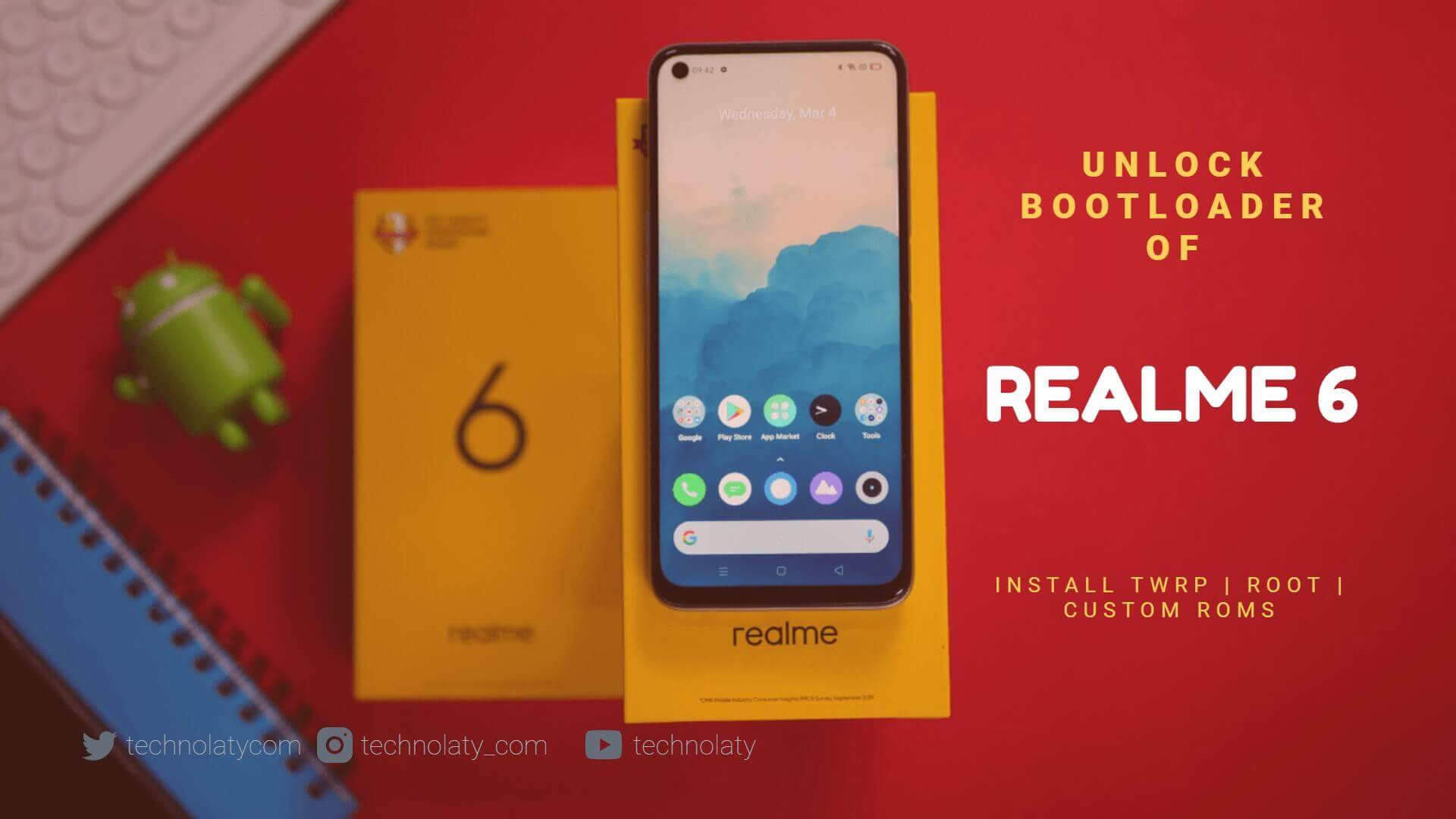 Realme 6 is the lighter version of the Realme 6 Pro and has a screen size of 6.5-inches, which is protected by Corning Gorilla Glass 3 and has a screen resolution of 1080 x 2400 pixels with 40 PPI density. One of the smartphones that support the 90Hz screen refresh rate at this price. The device runs on the latest Android 10 operating system based on Realme UI 2.0 and is powered by Mediatek MT6785 Helio G90T processor. To back up the graphics, it has Mali G76 MC4 GPU installed that provides a smooth gaming experience.

Now let’s get back to unlock the bootloader of Realme 6 and get the things ready for the process.

Why Do We Need To Unlock The Bootloader?

Some advanced Android users want to unlock it because it allows them to install a custom recovery, followed by install any custom ROM of their choice that is available in the Android after-market. Once you unlock the bootloader of Realme 6 you can root your device and block site-wide advertisements, install YouTube mods, etc.

Officially Unlock The Bootloader of Realme 6

The procedure to unlock any Realme device requires a unique tool known as the deep-testing tool to unlock the bootloader, that we have mentioned earlier. You will need a computer that involves few commands to be sent on your Realme 6 when the process is started.

Step 1: Install the Deep-Testing APK on your Realme 6

Step 2: Tap on the “Start Applying” button on your mobile screen.

Step 3: On the next page, tick agrees to the terms and tap on “Submit Application.”

Step 4: You will get a message to submit the application, tap on it.

Step 5: Now wait for one hour and open the Deep-Testing app again. You will get a message, “Review Successful.”

Step 7: Your Realme 6 will boot to the fast boot mode where it will show you “fast boot_unlock_verify ok” message on the screen.

Now on your computer:

Step 1: Connect your Realme 6 to the computer with the help of USB data cable.

Step 2: Go to C: Program Files (x86)Minimal ADB and Fastboot and right-click on py_cmd.exe and run it as administrator (for Windows 64 bit systems)

Step 4: When your Realme 6 boots into the Fastboot mode, then type the following command on the CMD window on your computer “fastboot flashing unlock” and press enter.

Step 5: Next, on your device, you will see two options. Select “Unlock The Bootloader” using the volume button to navigate and power button to confirm.

Well done, now you know how to unlock the bootloader of Realme 6 officially. Next, you can install Magisk and root your device, install custom ROMs, and much more.

Unlocking bootloader is legal and helps you free your phone in many ways. The unlocking bootloader is the first stage of playing around with your Android device with many mods, custom ROMS, kernels, recoveries. Realme has released the kernel source codes on Github, but the development has not started yet on any Android forums for Realme 6. However, once it is started, we will share it with you over here.