How To Unlock The Bootloader of Samsung Galaxy A70

Samsung Galaxy A70 has started receiving the development on various Android community platforms. In this article, we will guide you on how to unlock the bootloader of Samsung Galaxy A70 with the help of a computer and few tools.

The Galaxy series has been from a long time from Samsung, and the Galaxy A70 brings some significant hardware changes and upgrades that make a complete budget-friendly device for 2019-2020. The smartphone was launched last year in April and is powered by Qualcomm SDM675 Snapdragon 675 that comes in two variants of 128GB 6GB RAM, 128GB 8GB RAM respectively. 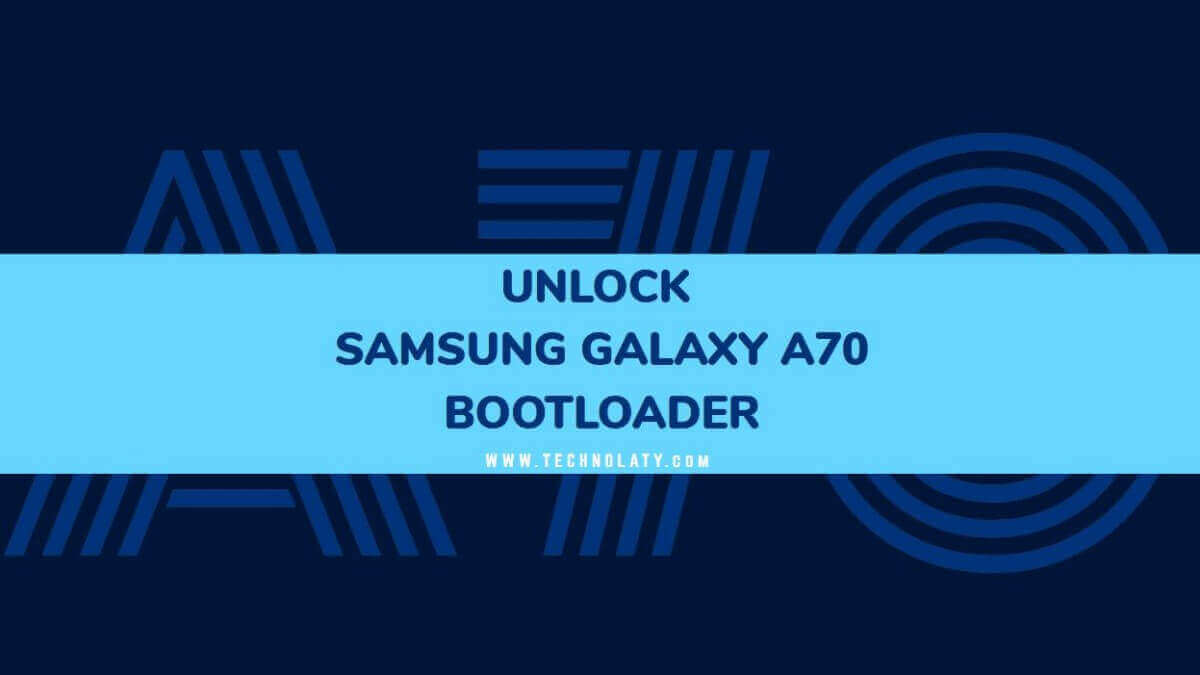 Samsung has included many features in this smartphone, such as the Fingerprint (under display, optical), accelerometer, gyro, proximity, compass ANT+, etc. And to juice this massive beast they have included a non-removable 4500 mAh Li-Po battery that can provide a backup of 1-2 days on moderate usage.

How To Unlock The Bootloader of Samsung Galaxy A70

Unlocking a bootloader on any Samsung device doesn’t require much work, but first, we should understand what a bootloader is and how it works.

A bootloader, also known as the boot manager of a smartphone or a tablet is a small program that puts the operating system of the device into memory. When we power up the smartphone, then the basic I/O of the system processes some initial test which then transfers the authority to the master boot record where the bootloader stays.

Why is Bootloader Locked?

A bootloader is locked on an Android device by the manufacturers for several reasons. The main reason is that the manufacturers want you to stick with their version of Android OS that is highly optimized and also includes some bloatware (generally the brand’s applications). To make sure the apps are not uninstalled and the system runs flawlessly, they lock the bootloader to avoid any future conflicts. This makes flashing custom ROM or custom recoveries impossible and avoids breaking the warranty of the device.

Should You Unlock The Bootloader?

The answer to this question depends on various factors and the user’s choice. If you unlock the bootloader of Samsung Galaxy A70, then you can install a custom recovery such as TWRP, and then you can also root the device. Unlocking the bootloader also helps you flash various types of custom ROM’s that can provide much better performance and stability. In the future, when Samsung stops pushing security updates, then you can install the latest Android version in your Galaxy A70 with the help of custom ROM’s.

Instructions to Unlock The Bootloader on Samsung Galaxy A70 device

Unlocking the bootloader on Samsung Galaxy A70 will erase all the installed applications, media files, etc. The warranty will be void as well. We advise you to take a backup before proceeding.

Step 1: On your Samsung Galaxy A70 open Settings > About Phone >Software information > find the build number. 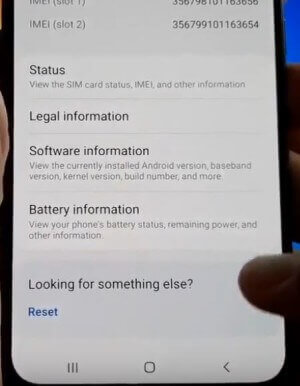 Step 2: Tap on the build number for 5-10 times until you see a message popping Developer mode has turned on. 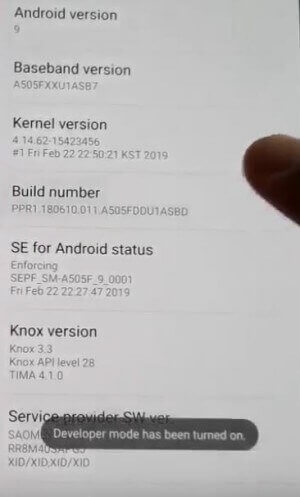 Step 3: Go back to Settings and search for Developer Options.

Step 4: Scroll down and search for enable OEM unlocking, toggle the switch to allow it. 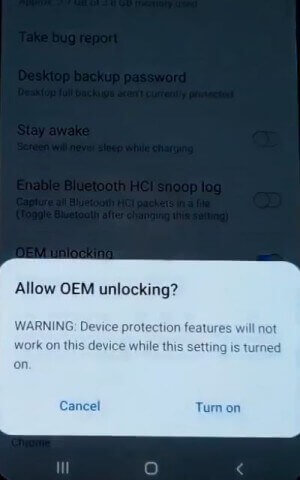 Step 5: On the next screen, you will be asked for confirmation. Tap on Turn on.

Step 6: Now turn off your smartphone.

Step 7: Press the Volume Up + Volume Down button together and connect your smartphone to a computer using a data cable. 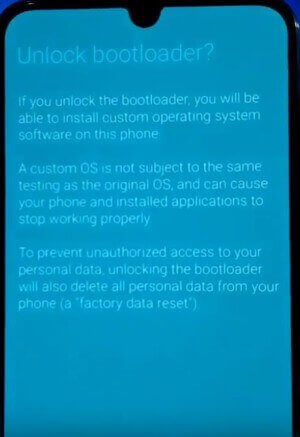 Step 9: Now, on the next page, press the power button to confirm.

Congratulations! Now you have unlocked the bootloader of Samsung Galaxy A70 successfully. The next thing which you can do is install TWRP and root it, followed by flash your favorite Magisk modules or Xposed framework. You can also check out some custom ROMs available for your device that can provide better performance and battery backup.