Hello gamers, we have selected the top 10 fps games within 100 MB for android which will revive and keep you entertained all the time. Gaming makes one refreshed and away from stress, so when we have high-end smartphones then why shouldn’t we utilise it to its maximum score. 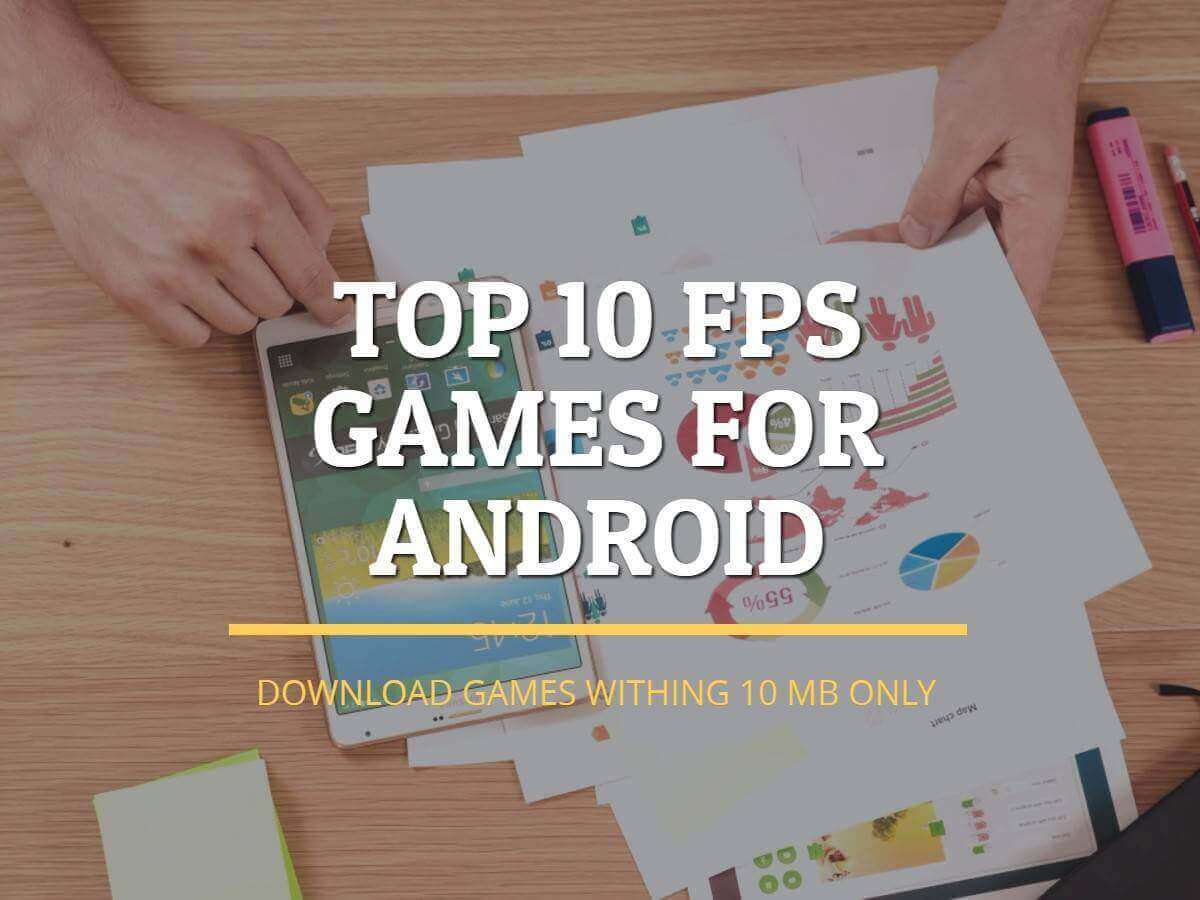 We have selected the top 10 fps games which are the most downloaded from Google Playstore. All you require to run these games smoothly is an android device with a minimum of 2 GB of RAM running on a quad-core or octa-core processor for smooth playing and without any lag.

All the below mentioned games are below 100 MB from Playstore and might require additional data after installing the game. So please be advised that the game data which you will download will be for the enhancement of the game. 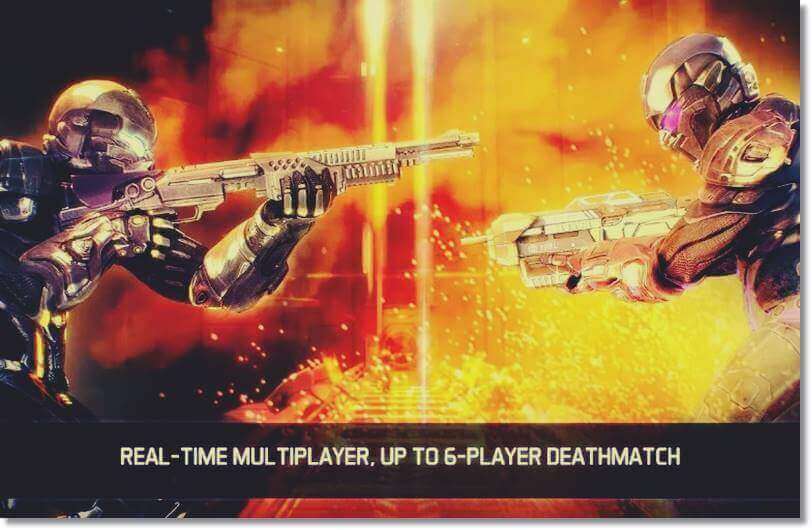 N.O.V.A. Legacy brings you the best sci-fi FPS experience from the epic first episode of the critically acclaimed N.O.V.A. saga — all in a compact 20 MB version. 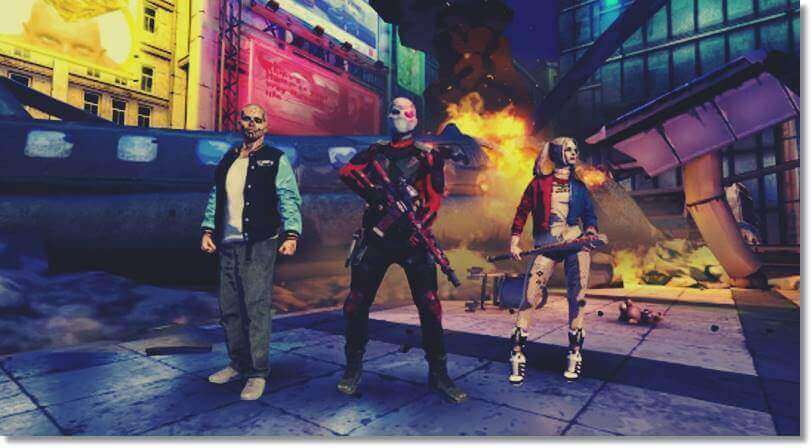 Join the Squad! In this official Suicide Squad film game, you have been selected to lead a special task force comprised of highly dangerous incarcerated Super-Villains. It is up to you and your Squad of antiheroes to defeat the horde of enemies that try to stop you. Fight as Harley Quinn with her signature baseball bat, or as Deadshot with his rifle or as Diablo with fire. Can you complete the mission? Are you Squad enough? 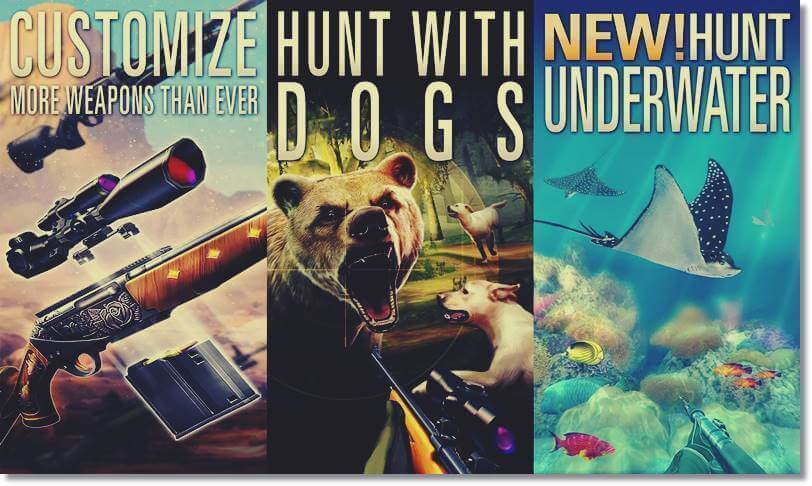 HUNT AROUND THE WORLD
Pursue trophies in unique and beautiful locations that span the globe from Alaska to Zimbabwe.

BAG BIG GAME ANIMALS
Hunt animals so real they nearly jump off the screen! Track down and bag the world’s most exotic and elusive game.

SHOOT LIKE A PRO
Develop a steady hand, line up your sights, and master the skills to take the perfect shot.

GET THEM BEFORE THEY GET YOU
Takedown predators before you become the prey.

COLLECT TROPHIES
Compete for bragging rights and bag the biggest animals with achievements and leaderboards!

BUILD YOUR ARSENAL
Collect and customise your firearms with scopes, magazines, barrels, and stocks as you perfect your weapons for each hunt. 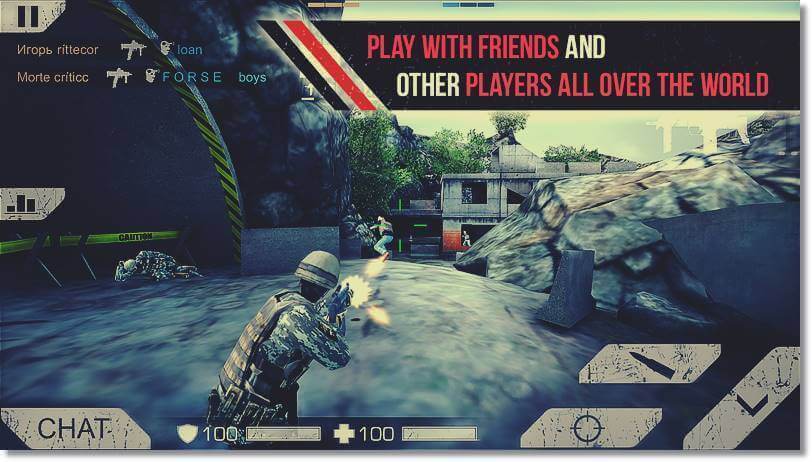 The incredible online confrontation of terrorists and counter-terrorists in free multiplayer sessional online shooter “Standoff”. Are you storm trooper, sniper or do you prefer stealth operations? Choose your role and weapons in multiple game modes like Team Deathmatch, Capture The Flag, Arms Race or Sniper Duel and show your supremacy. Overwhelming action, multiplayer and ranking system wouldn’t let you relax. 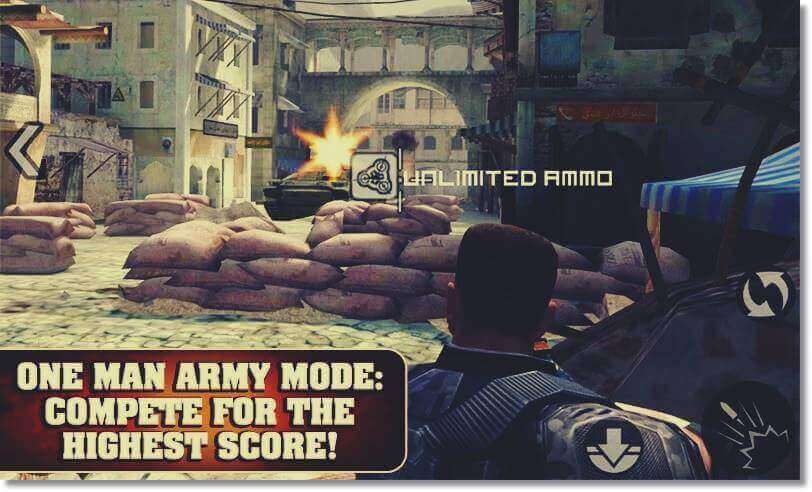 As the sole surviving Commando of a renegade attack against a ruthless dictator, you are stranded on the frontline and hell-bent on payback. You must use all of your specialised skills to survive the onslaught of the enemy forces and avenge your fallen soldiers. 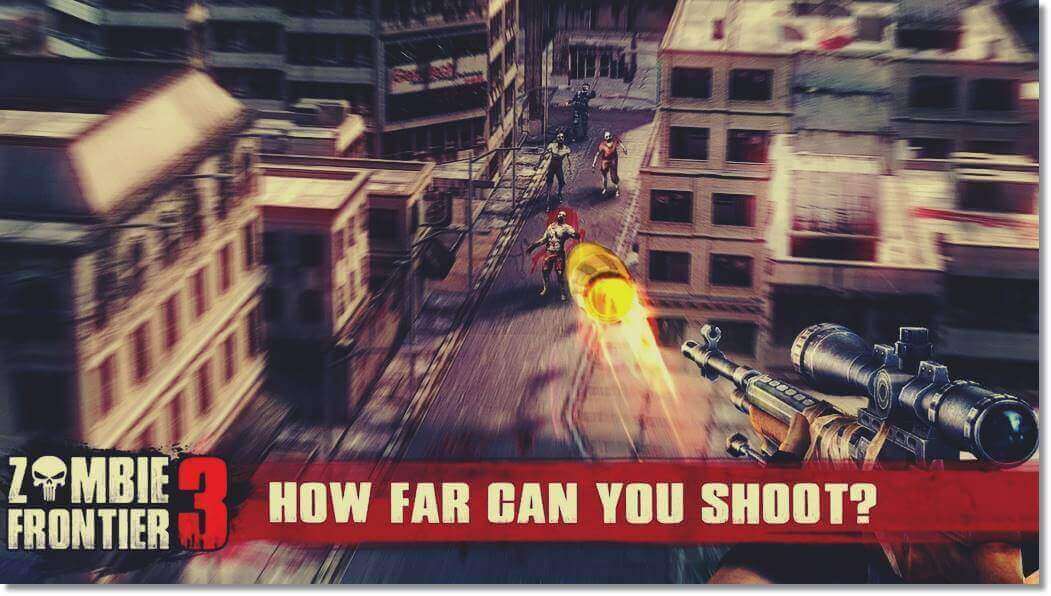 The next chapter in the Zombie Frontier FPS saga is here! A virus has brought about the zombie apocalypse, the war against zombie targets has broken out and people are in immediate danger of a gory death. As a survivor and zombie terminator, it’s up to you to make the streets your battlefield and shoot your way through numerous challenging levels of undead targets. 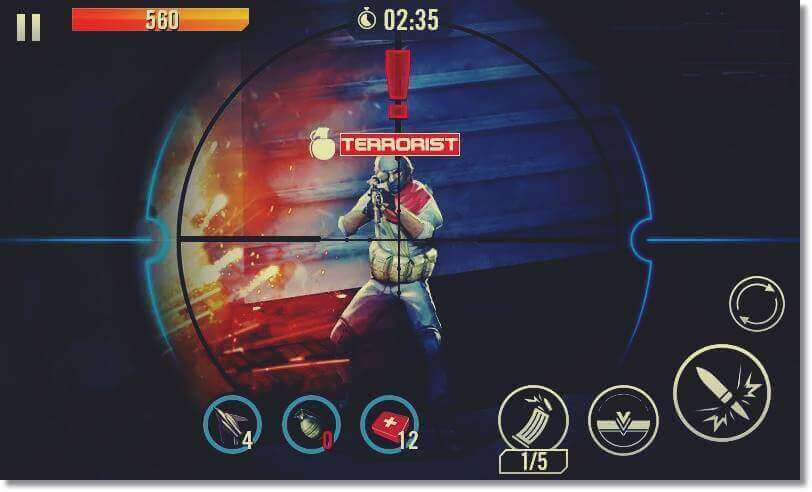 Aim and Shoot! Leave no squad mate behind in this action-oriented first-person shooter game! Elite Killer is the #1 realistic 3D FPS game available on Google Play. 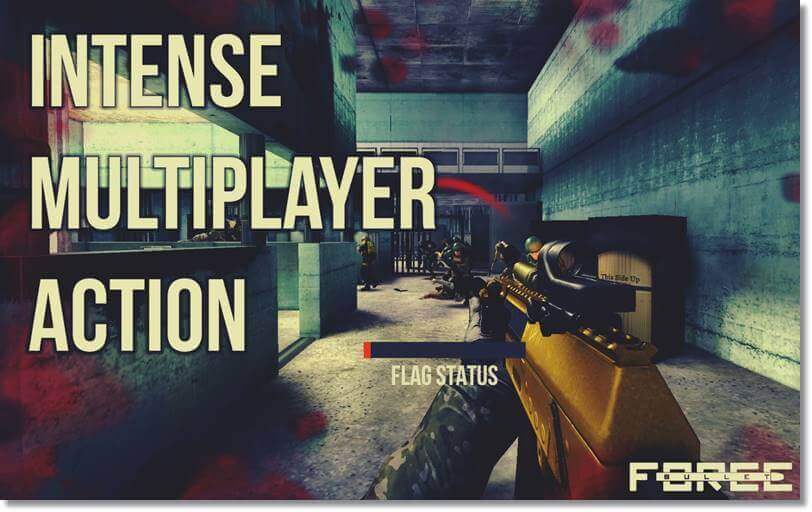 A great game with no pay 2 win element. Great control with equally great graphics. But the recent addition of Vector gun which is gold exclusive and is OP and no recoil may hint that soon this game will also become a pay to win in the near future. 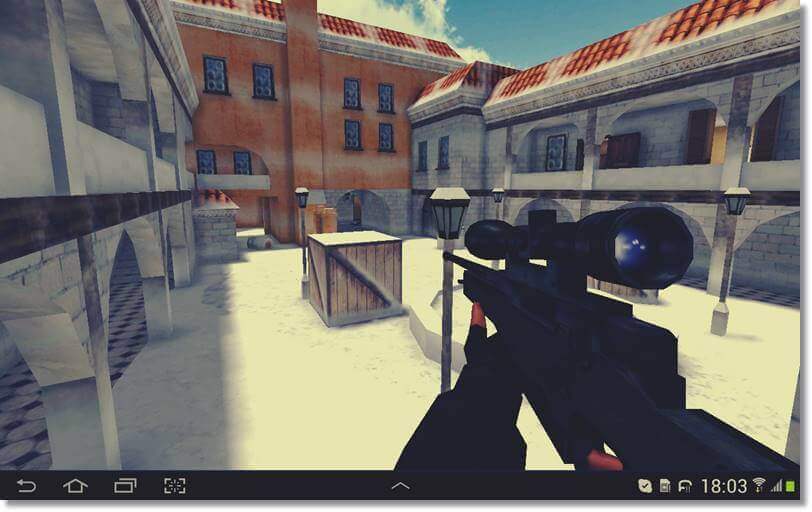 Critical Strike Portable (CS Portable) delivers the nostalgic Counter-Strike style gaming experience on your Android smartphone and tablet! Enjoy the smooth and customizable touch controls and play the exciting cross-platform first-person shooter against other players on the web and on other mobile platforms. 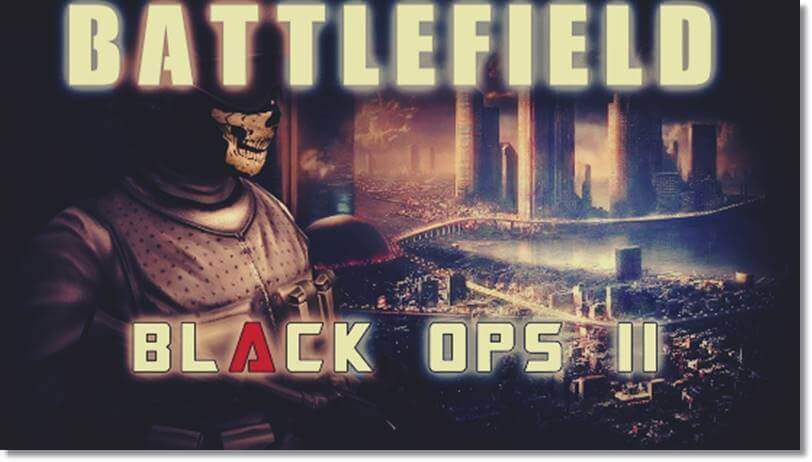 Battlefield Combat Black Ops 2 is a first-person shooter where you will fight in sniper and rifle stages, all in a highly detailed futuristic environment where you will feel the pressure of being the first line in the battlefield.