Realme X is one of the best smartphones under the budget-friendly segment from Realme, and many users have opted for it. Here you can find the top 10 list of Realme X custom ROMs. With the kernel source codes been released on Github by Realme has helped developers port custom ROMs for the device.

As of now, there are few custom ROMs ported for Realme X, but, we believe that there will be more coming soon. Flashing a custom ROM on Realme X will require you to unlock the bootloader for which you can follow the guide from here. Nevertheless, you will also need a custom recovery installed in addition to flash the custom ROM. For establishing a custom recovery on your smartphone, you can follow the tutorial of installing TWRP or Orange Fox from here.

One of the best custom ROM for Realme X would be Pixel Experience which is based on the Android Open Source Project with pure Stock Android experience. You also get Google apps, and all the Pixel goodies are included such as the Launcher, Wallpapers, Ringtones, Lock Screen styles, Fonts etc. and you do not have to flash any GApps separately.

Pixel Experience developers always try to keep the ROM simple while stability and security are on their priority list with as much essentials features implemented for daily usage.

The current ROM is on its initial stage and unofficial running on Android Pie 9 where the developer chankruze is trying to fix the fingerprint issue, and we hope he will fix it soon. 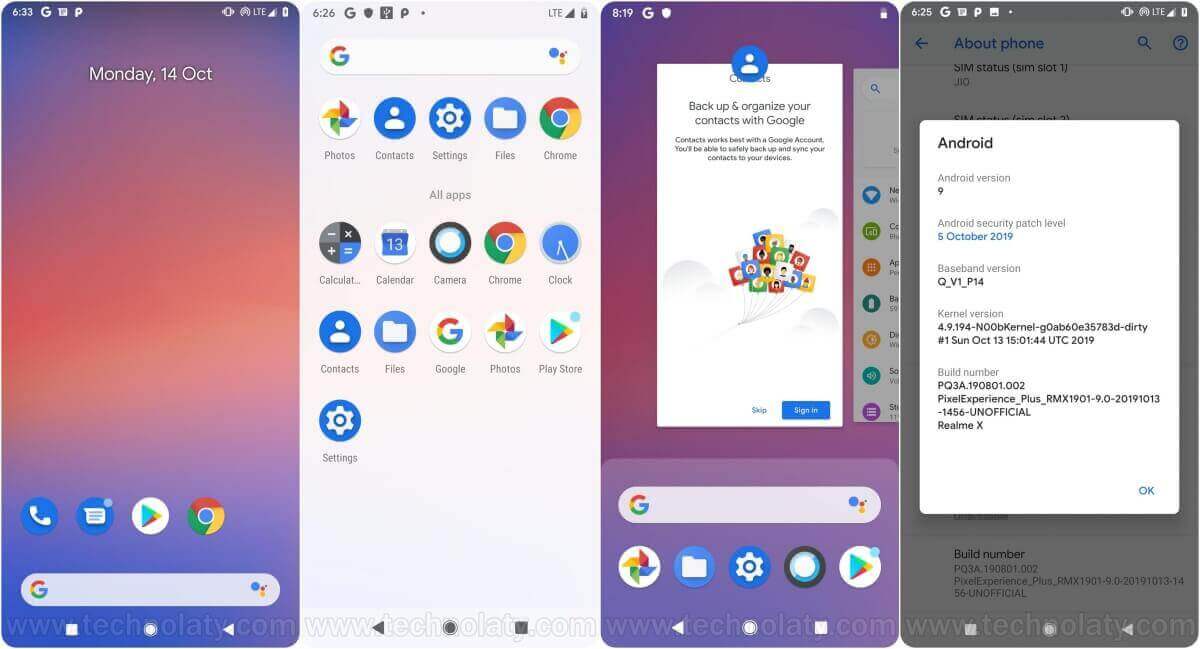 In any case, if you face boot loop, then flash vbmeta.img through ADB and Fastboot tool. Connect your phone to the computer and open ADB and Fastboot tool which you have previously installed while unlocking the bootloader of your Realme X and input the following commands:

fastboot –disable-verity –disable-verification flash vbmeta vbmeta.img
After that hit, the enter key and your phone will reboot.

The development has just got started, and LineageOS is ported for Realme X, which is running on Android Pie 9. LineageOS is built with the contribution towards the community by its users and developers, which aims at designing it to increase the performance and reliability over stock Android.

LineageOS is based on AOSP and is currently recognised as unofficial where everything is working flawlessly. However, only the fingerprint has the problem identifying, but it will get fixed soon. To flash this ROM, you will need to reboot to recovery, and your device must be on an unmodified stock vendor. After that wipe, the data, cache and system, do remember not to wipe the vendor at any cost and then flash the ROM along with GApps.

Realme X Custom ROM list is incomplete if CandyROM is not included. The Candy Pie for the Realme X is built straight from the sources with the commits from various sources and ROMS. It has been customised fully and implemented with the latest updates and security patches.

The developers of CandyROM are confident enough for users to use their rom as a daily driver. While the CandyROM takes help from the developments of GZOSP, GZR-ROMs, LineageOS, SlimRoms, OmniROM, AOSiP, Dirty Unicorns and many other open-source projects, they implement new features from all around the world.

To flash CandyROM on Realme X, you need to be on the latest ColorOS, and an unlocked bootloader with TWRP installed. Boot into the TWRP recovery menu and wipe the System, Data and Cache and then flash the custom ROM along with GApps.

Resurrection Remix is built for a combination of performance, customisation, power and latest new features. It is based on LineageOS, SlimRoms, OMNI and the original Remix ROM running on Android Pie 9. There are many tweaks and mods included from the previous versions by default, and the battery backup is pretty decent.

There might be a minor fingerprint issue where it doesn’t register your fingerprint for the first time, but you can fix it by formatting the data from the recovery. For flashing the ROM, reboot to recovery and wipe System, Data, Dalvik, Cache but do not clean the vendor. Go back to install and flash the ROM along with GApps and Magisk if you want root access.

There is nothing to tell much about Havoc-OS because if you are a fan of this ROM, then you will select it without giving a second thought. Havoc-OS is based on AOSP, which is inspired by Google Pixel and has been refined with Material design two user interface by developer skull shady.

There are many customisation options in this ROM, and the battery backup is good. If you are a gamer, then you will like this ROM because it gives good FPS while you play games like PUBG or COD. Flashing the ROM is same as we did with the previous ROMS. 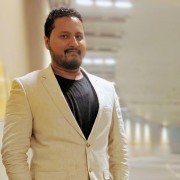